..using rates money!
It is not the only example of council funds misused for political purpose.*
Together, they rob Christchurch and its democratic impetus to Save Our Water legitimately.

The conflicts of interest around this corruption are legion. Such as, are AWA a lobby group or a political campaign? – They have candidates (Campbell and Gladding), ‘evaluating’ other candidates! The dirt in this approach will never wash off. They fund-raise from the public ‘for lobbying and court cases’, yet the website is their candidate platform!

The rort has definite, strategic objectives, to manipulate voters and Canterbury region:

AWA as political player (false lobby group) has acted to remove criticism of its money source – Save Our Water holding Labour regional councillors to account, in 2007. This is to hide and extend the blatant conflicts of interest by which Labour lower echelons brutalise communities and rob them of democratic voice, by nobbling left opposition.

AWA’s rampant dishonesty is revealed in these comments. Hypocrisy too, an agenda overtly materialist, to monopolise and distort water woe campaign space (to earn).

The top picture above shows AWA standing BEHIND the Save Our Water banner to speak, that had LED THE MARCH to hear these self-promoters in March 2019. They offered no equal platform for Save Our Water to speak, on Labour’s instruct, then in the SOW candidate critique above claim “concerns about his ability to work with others to achieve outcomes” after loaning our banner! This lie follows Labour’s local character assassination campaign to a tee. It is deeply fraudulent.

The macro-political purpose is to shift public attention off the bigger issue (irrigation growth with pollution effects) and onto the relatively smaller water bottling issue, under Labour leadership (hiding their responsibility). 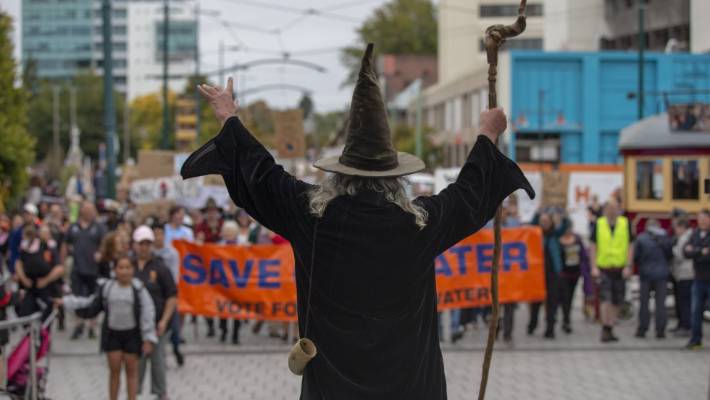 So deep in council corruption, this party has yet to know a limit, reinforced by the rabid, uninformed echo chamber it draws local Greens into. Rubbish local governance offering is too often the Labour result, that they never want to see contrasted so stifle democratic choice in hiding it:

“Save Our Water” claim quote is from promotional video clip . 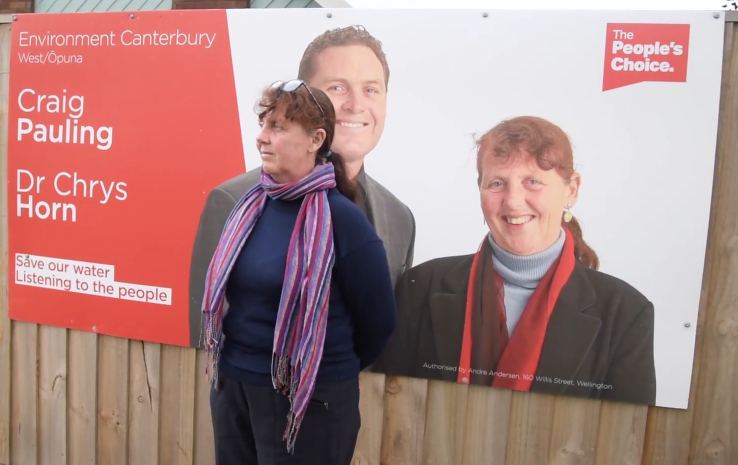 * Another example of CCC rort is where Clearwater destroyed Cashmere Residents’ Association emergency planning, at a local church, so he could have the community board pay his wife council funds to progress it there instead (and sabotage SOW work in local communities). – Labour Party corruption and harm knows no actual bounds?

Labour corrupts young people, via their organisations in a bureaucratic draw-up for mercenary acts (e.g. hatchet job on Dion Swiggs). As is the case with Generation Zero, who produce doctored and biased candidate evaluations in line with AWA/Labour. Zero confidence there, for, ever. Mysteriously and unaccountably deleted from Gen0’s website elections page was this competitive high score, which has now destroyed all trust in them: 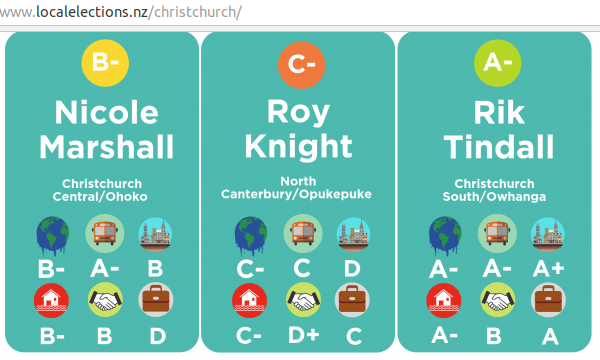 As well as good climate change mitigation proposals, Community Voice (Save Our Water) policy on water bottling adds transparency: to have a thorough register of all bottling operations collated, maintained and published online. With consent dates and quanta included for the public and government to develop their knowledge and response to this highly contentious commercial trend. Ref. Water bottling register call.

The public can demand the bottling register through submissions, this month only, here:
https://www.mfe.govt.nz/fresh-water/freshwater-acts-and-regulations/regulations-measurement-and-reporting-of-water-takes
Water quality limits can be raised through submissions made, this month only, here:
https://www.mfe.govt.nz/fresh-water/freshwater-acts-and-regulations/national-policy-statement-freshwater-management