Update: campaigning to have YOUR voice and concerns heard at Environment Canterbury – 2019 for Christchurch South/Owhanga Constituency – Rik Tindall 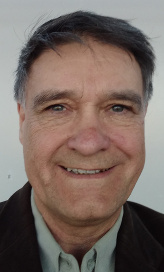 Rik is an independent green-democrat, for social justice, sustainability and better opportunities – for individuals to develop, with secure families – in the economy and all fields of life, especially with community volunteering.

A university liberal arts background combined with polytechnic business computing, established Rik in communications technology self-employment. Earlier he worked as an historical researcher for the Dictionary of New Zealand Biography, before that farm labouring then main street retail.

Christchurch born and raised, Rik travelled overseas then lived in Wellington during the 1980s but otherwise has fully committed to this city and region. A tramper, swimmer, gardener and singer-songwriter with The Johnnies garage rock band, Rik has a daughter, a GIS-geography graduate working in Australia, but has yet to marry. Rik has run the monthly Sydenham GNU/Linux Users computing support group, of drop in open-source lab tuition, since 2004.

Rik serves community and the environment full-time, supported by his ICT trade and, when endorsed by the public, representative work in local government. Outside five years with the Green Party of Aotearoa-NZ 2006-2010, it is 350.org, SaveOurWater.org.nz and Extinction Rebellion etc. where Rik has gained much environmental and climate campaign experience.

Significantly, it is as Predator Free Port Hills trapping coordinator for Cashmere that Rik is qualified to return to Environment Canterbury, where he served as councillor 2007-2010 for Christchurch East. All across the Port Hills and in the mixed city/rural Owhanga constituency, common cause is enormous for controlling damaging pest species – which is mostly a hands-on, non-toxic task to be promoted and facilitated well.

Rik was Cashmere Residents’ Association Chair 2012-2018, serving on the Spreydon-Heathcote Community Board 2013-2016 at Christchurch City Council. This has given him a solid grounding in what South Christchurch communities want – e.g. in the Speed limit slashed on Christchurch’s Summit Road after dozens of crashes recent TV1 interview.

The past ten years and through the Canterbury earthquake disaster, Rik also became a trained and experienced civil defence volunteer with the city council. He held the Civil Defence Emergency Management portfolio Chair at the regional council (ECan) 2007-2010, before the earthquake tragedy. Commitment to the CDEM field remains, particularly, pre-AF8 advising.

Canterbury urgently needs the focus Rik would bring back to its governance.

Watch for 2019 nominee list – you are welcome to enquire about joining the team for this year’s local body elections.
——

Nominations are open, for CommunityVoice.nz candidates for the 2017 general elections, via our Contact page. Policy page is under production.